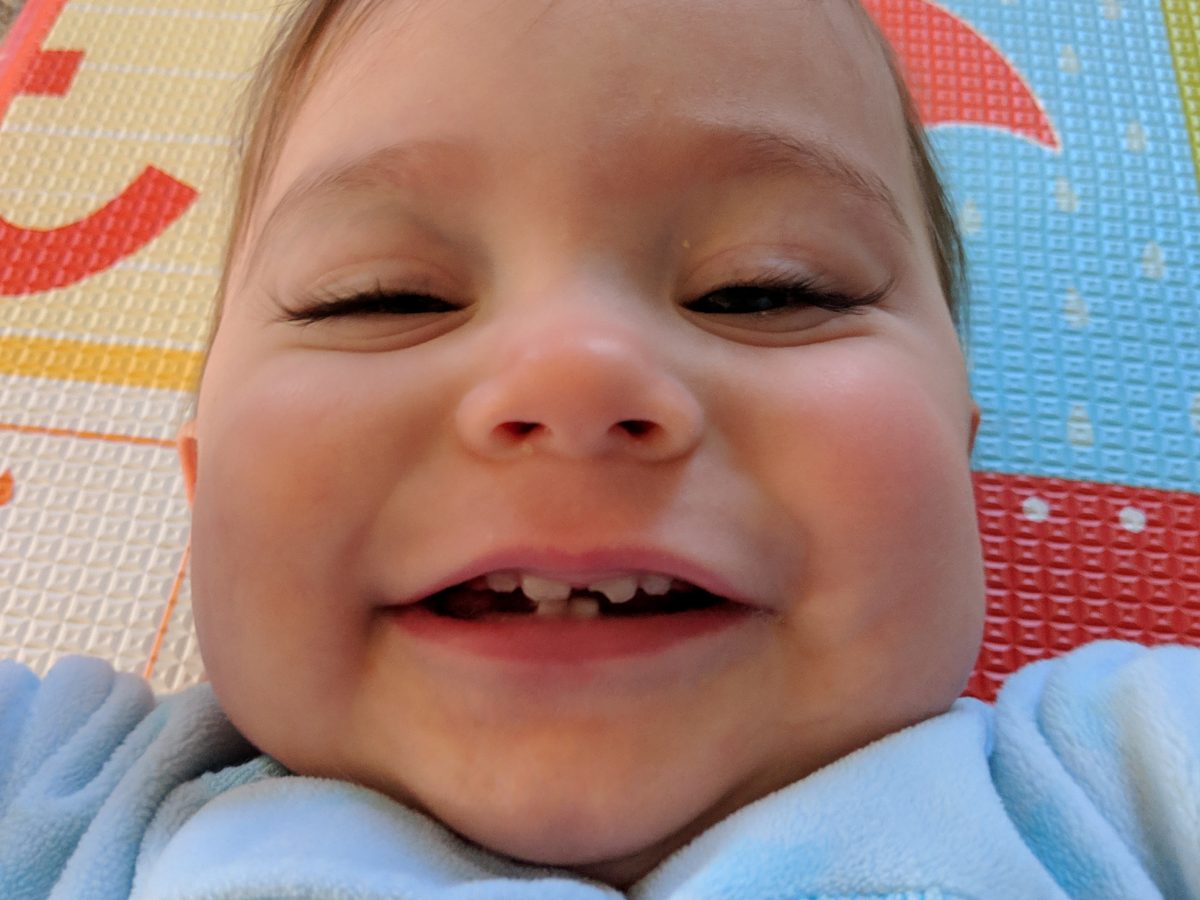 My husband yelled out from the bathroom “Brenda!  Mackenzie has a chipped tooth!”

I ran in and as Kenzie enjoyed her nice warm bath I saw in her smile that she did indeed have nearly half of a front tooth missing!

What the fudgesicle!?  When did this happen? I had no idea; he had no idea.

His only thought was maybe she chipped it on a toy playing on the floor because that was the only time he remembered her crying during the evening. Moira and I were outside at that time attempting (poorly) to fly her Frozen kite (or as Moi calls it “Elsa! Anna! Elsa! Anna!”).

We grabbed a bright flashlight after Mackenzie’s bath and looked everywhere for the other part of her tooth.  Nowhere to be found.

Then comes the really sucky part.  I nurse her and…

It’s like being stabbed with tiny little knives on my breast.  I literally looked to make sure my nipple was intact and there was no blood when I delatched her.

Mackenzie tried her go-to self soothing technique when I set her in her crib, which is sucking her ring and pointer finger as if she is rocking out with her pinkie and pointer finger pointing upwards, and she immediately withdrew her hand and wailed. I’m sure she felt the same stabby sensation as my very delicate breast tissue.

This was NOT OK.

And it was Saturday night.  Great, no pediatric dentist is open on Sunday!  But after all my incessant Googling I discovered that some are “on-call.”

So on Sunday afternoon I phone the one that I deem worthy after all my research into local pediatric dentists.  And I speak to one of the three dentists directly. She seems totally unconcerned that her tooth is chipped. I remind myself this is probably a common occurrence for a pediatric dentist.

She is very kind and puts me at ease and asks me to text a picture over.  She texts me back with a scheduled appointment for the next day at 10am. I feel relieved but also worried about what they will need to do to fix her tooth… why didn’t I inquire more about treatment options when I had her on the phone?!

Will they need to put her under anesthesia?  I mean, how will an 11 month old stay still to repair her tooth?  Will they want to crown it? OMGs do they want to put a silver crown on her front tooth?!  I need to stop Googling.

Walt stays home from work in the morning to watch Moira so that I can focus all my attention on Mackenzie at the dentist appointment.

After we check-in, the nurse says the doctor wants x-rays to make sure that the root of her tooth isn’t damaged.  I sit on the stool with Mackenzie on my lap and they put xray blankets over both of us. I then have to hold this awkward rectangle piece in her mouth while they rush out of the room to snap the photo.

The first time fails bc Mackenzie is resisting this object being held in her mouth.  The second time is fortunately a success and there is no damage. Phew.

Sitting in the private exam room the nurse turns on Little Baby Bum nursery rhymes on Netflix on this cool ceiling TV.  Mackenzie is more interested in playing the “stand up and sit back down” game over and over with me. I’m kinda fascinated with the ceiling TV option – why can’t adult dentists have those too?!?!  I’m all for watching some Bones while getting my semi-annual dental cleaning!

When the dentist comes in she touches the tooth and says they are going to just file down the sharp spots.  They don’t normally try to fix a tooth when kids are this young. I ask “so she’ll just have a chipped tooth until it falls out at 6 or 7?”

Doctor says that the tooth should grow in a lot more so it probably won’t be as noticeable… but basically, yeah. (Luckily on video chat the following week, Grandmum said that she looks super cute with her chipped tooth).

The dentist grabs this little lap pad that reminds me of a changing table pad but more firm, and places it on my lap.  I sit Mackenzie on it facing me and wrap her legs around my hips. The dentist has the other half of the pad on her lap and we lie Mackenzie down.  I grab her hands and the assistant holds her head still.

I was CERTAIN she was going to resist like crazy.  There are no drugs for this procedure as all she is going to do is quickly file down the sharp spots on the tooth.

Shockingly Mackenzie didn’t fight it.  She was so good during the filing part but then the machine squirted some water into her mouth and that made her freak out. I’m pretty sure it startled her.  But then it was over!

I nursed her for a few minutes to make sure her tooth was smooth – and it was.  And I’m sure she was happy to nurse because I had been kinda avoiding it or doing really really short sessions because it was extremely uncomfortable.

And $238 later for this 30 second procedure and we were outta there.  I asked the receptionist why it cost so much and if our pediatric dental coverage was crap – she said we had good coverage but this procedure is never covered!

For real?!  Ugh. What can you do… I’d say it was well worth it for both Mackenzie’s and my comfort.

Do you have any pediatric dental stories?? I’d love to know that I’m not alone in freaking out over something that wasn’t really a big deal. Please share below! 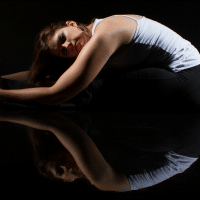 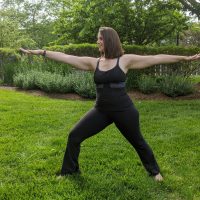 Prenatal Yoga Poses: How to do Warrior II